Skip to content
If you’ve had a discussion with me in the in the last year about blogging, and more specifically about making a buck from your blog, chances are high that I mentioned The Deck. The Deck describes itself as “The Ad Network of Creative, Web and Design Culture”. It works in a wholly different manner compared to the way other ad services function, which is why it has become so successful in such a short period of time.

If you’ve had a discussion with me in the in the last year about blogging, and more specifically about making a buck from your blog, chances are high that I mentioned The Deck. The Deck describes itself as “The Ad Network of Creative, Web and Design Culture”. It works in a wholly different manner compared to the way other ad services function, which is why it has become so successful in such a short period of time.

I’m not a big fan of PPC ads. I rarely recommend them to our clients, and in many cases I actively dissuade clients from using them. I truly believe your marketing dollars can be spent better somewhere else, especially if you are working with a limited budget, as most mortals are. It’s certainly possible to see results with PPC ads, but I see it as a endless money pit. The minute you stop dumping money into ads, the clicks stop. You aren’t building anything that has value in the long term. PPC ads are also difficult to make effective and get working correctly. It’s a supremely crowded space where you’re competing with the entire world for a limited amount of screen space and eyeball time.

There are two factors that make The Deck innovative and worth examining and applying to to your marketing strategy. The first is the “Cost Per Influence” model which lets you reach a targeted audience without limiting them by non-human search strings. The second is the idea you are buying a percentage of the total ad time on the network. You aren’t purchasing a set number of clicks or page views that end up becoming more expensive every time someone views your ad,

The Deck functions on what they define as the “Cost Per Influence” model. I think this is a brilliant way to do things, which is why I’m bringing it up here. I’d like to see this model spread to other online spheres of influence. Here’s how it works. The sites that make up the ad network for The Deck, are hand picked. You have to be invited to join, and while the sites deal with different subject matter, they are linked by their general attitude and outlook. Readers who are interested in one of these sites, are probably interested several of them. The ads that run in the network, run on all of the sites, on a rotating basis throughout the month, which is the length of the ad buy.

If you have a good idea of who will be buying your product, you can make a sound judgment as to whether or not the people who read a certain website are your audience. With standard PPC ads, you determine where your ads appear based on keywords. The theory goes that through research, you can determine the keywords people use when searching for products similar to what you have on offer,and people who use those keywords for searches,and where they appear in online writing, is where your audience lives. I know others will disagree, but this seems a scatter-gun approach to finding your clientele. There is a certain type of person that reads 43 Folders, Daring Fireball and Kottke.org, which are a few of sites in the network. It’s nearly impossible to define and find these readers with keywords. You’d never be able to reach an audience like this via traditional PPC keyword ads. The “Cost Per Influence” model gets you in front of an audience that is hard to quantify, but it’s a case of “I know it when I see it.” You could spend years combing through keyword data and never hit on the combination that reaches someone you define with a phrase like, ‘You know, he’s the kind of person that probably drinks expensive tea, reads Monocle and listens to the Dap Kings.” The influence model at work here breaks down the traditional ad silos, and sees your audience as whole people with many interests, not a narrow set of one and two word search terms.

There are 51 websites in The Deck network, and there are 33 ad slots available each month. When you purchase a slot, your ad will appear every 33 times a new page is loaded, across all 51 sites. You own a percentage of the total traffic for the month your ad runs. You aren’t competing with other advertisers for the same space. With that portion of the competition eliminated, you can be certain that your ads will be running. You won’t need to keep pumping more cash into the endeavor just to keep your ad showing up where you want it. It’s a fixed cost, so you can count on getting what you pay for without any surprising cost overruns.

The Deck launches in 2006, and has been growing steadily. It appears to be a solid success for the advertisers, the sites that offer the ad space and the network itself. It’s a fine example of how throwing out the accepted way of doing things can create a winning formula. I’d really like to see this ad model appear other places, and expand into other demographics. I also think the “Cost per Influence” way of thinking has potential applications for ads, but also finding audiences for anything online you are looking to spread and share. It makes the keyword model seem clunky, impersonal and outdated. Most of all, The Deck is a good reminder that you should never be afraid to tear something apart and build it back up from scratch. Even if the old way works. 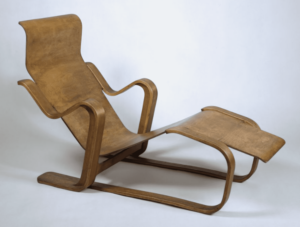 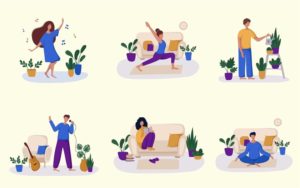 10 Hobbies That Can Become Your Work 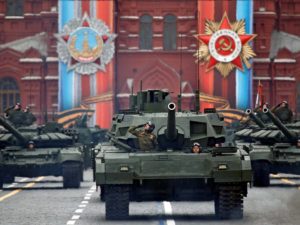 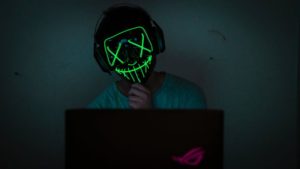